Crabs of varying size and type inhabited the sublittoral zone and intertidal areas. These are from Beaumaris Bay.

These crabs thrived in the sublittoral zone of the Bay and extended their habitat to Tasmania, south Australia and New South Wales. These were scavengers on detrital material. 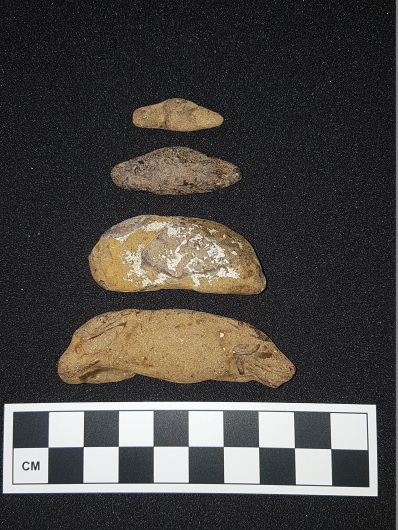 These burrows and tubes were formed by crabs such as above and soft bodied organisms. These burrows were subsurface and exist throughout the Beaumaris Sandstone. They are preserved as they become ferruginised or when low levels of Calcium bicarbonate in the water are deposited as calcium carbonate, thus cementing the burrows and tubes.